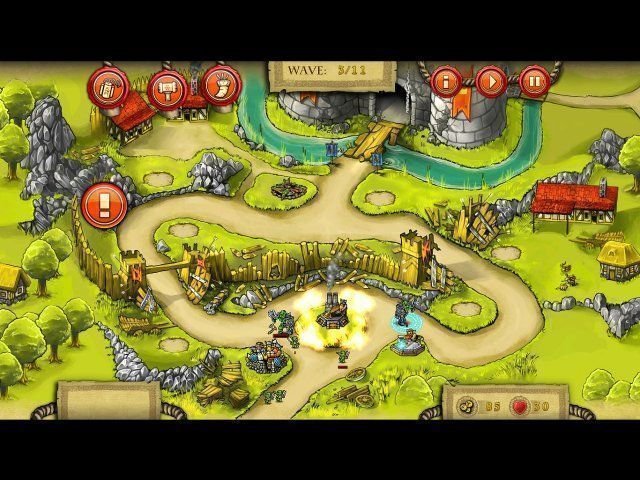 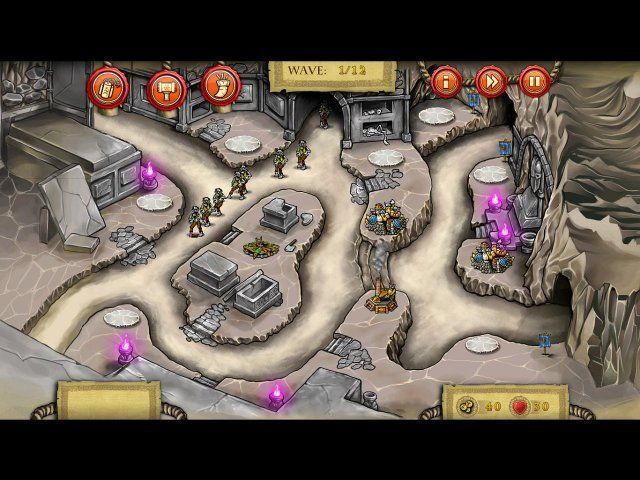 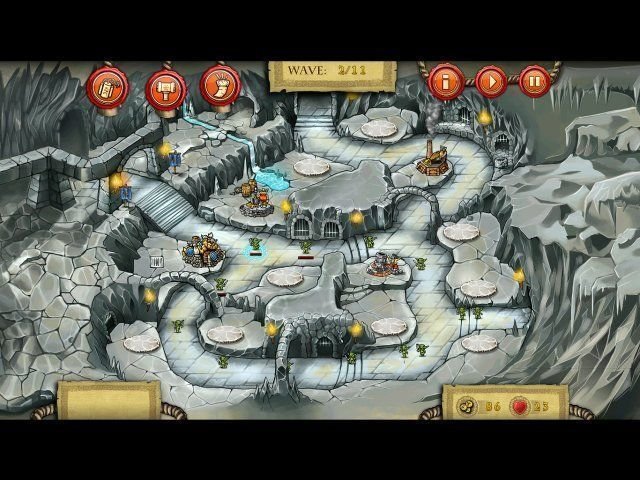 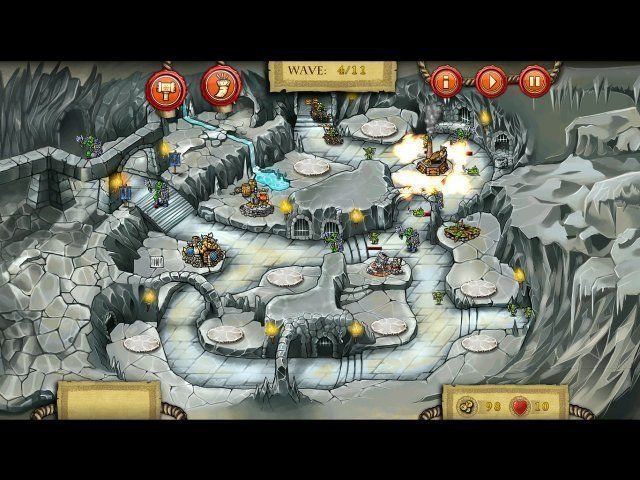 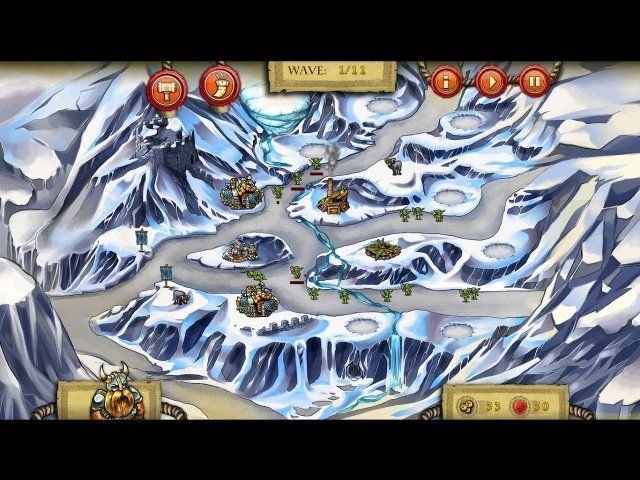 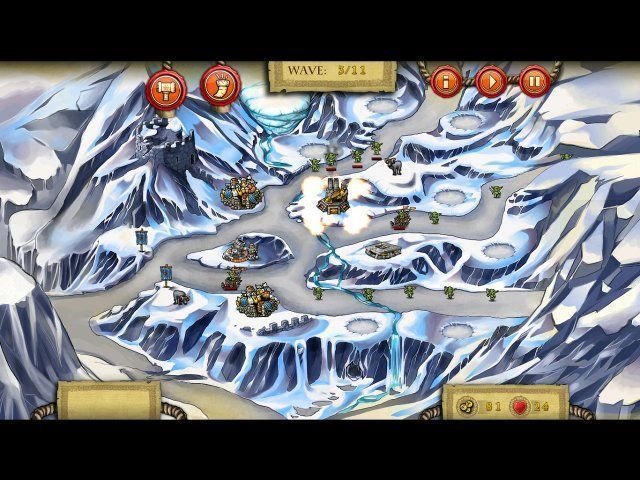 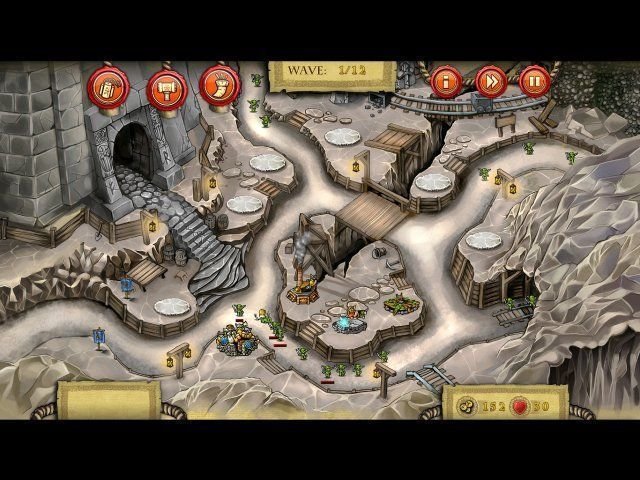 The Kingdom of Men has been ravaged by the green horde. As the Kings soldiers are slain, he is forced to send a messenger to the dwarven lands to recruit the amazing dwarven mercenaries of lore. When the messenger returns he is not alone…300 of the mightiest dwarves are with him! This amazing tower defense game puts you in the boots of the dwarven commander. Strike back against the green horde and rid them from the land of men once and for all in 300 Dwarves!

As the commander you can build 5 different tower types with a full arsenal of upgrades for each! The towers are strong, but the special powers you can invoke can change the tides of battle. Collect tons of treasures as your defenses take out the hordes of never ending enemies. Fend off many different attackers ranging from the smallest of goblins to the most ferocious of orcs! With an amazing art style, a sensational story, and some of the most refined tower defense gameplay you have ever played…300 Dwarves is a battle for the ages!

MouseCraft
The cheesiest game ever!

Doctor Who. Episode One: City Of The Daleks
Stop the Daleks and save humanity!

Rescue Team 6
Guide the few and the brave!