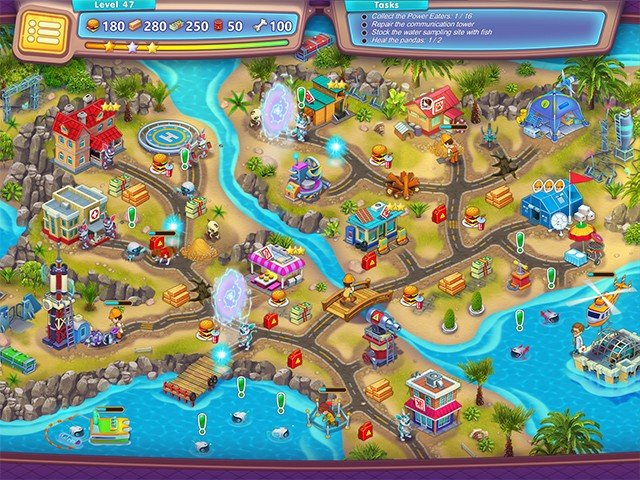 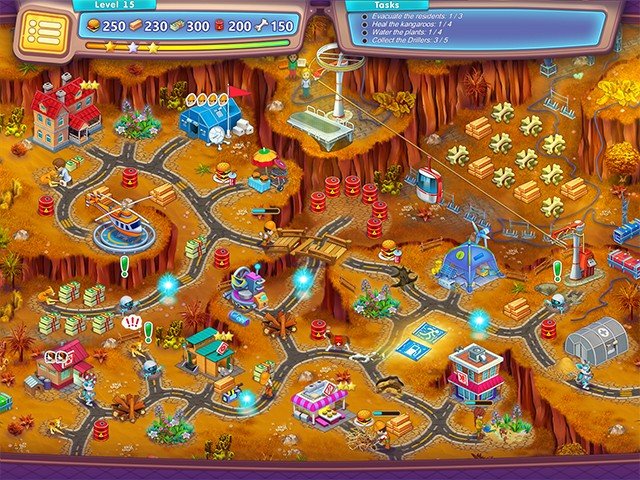 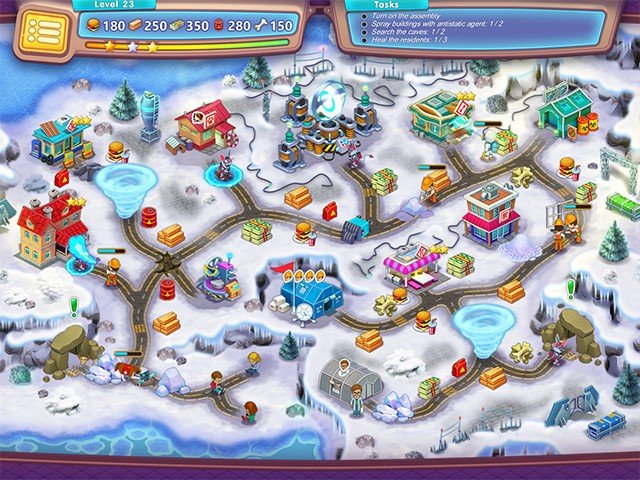 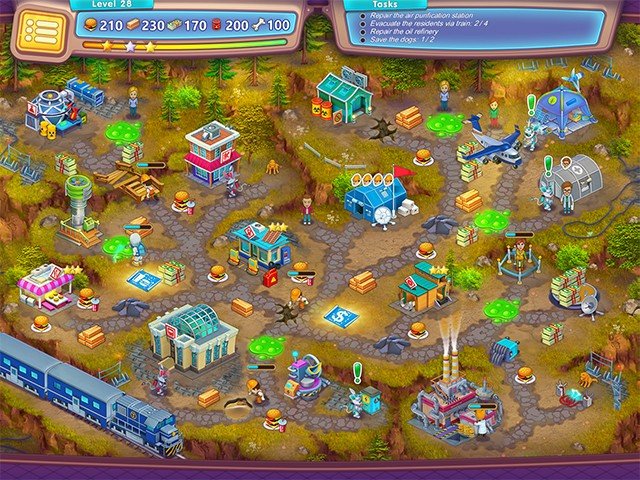 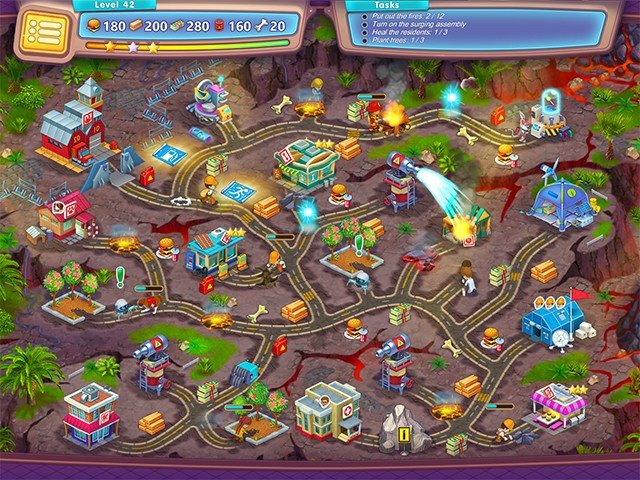 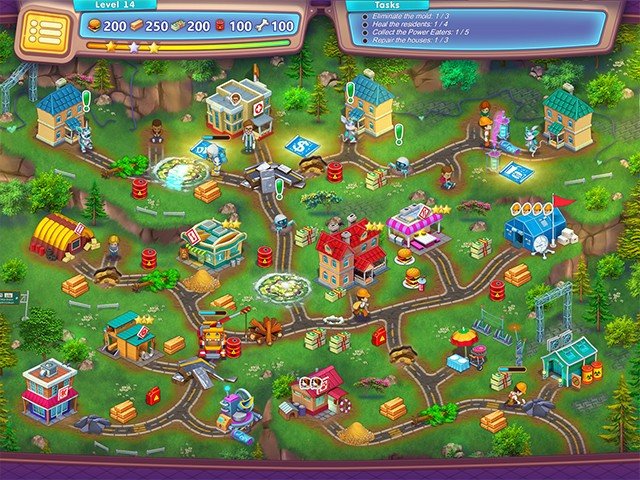 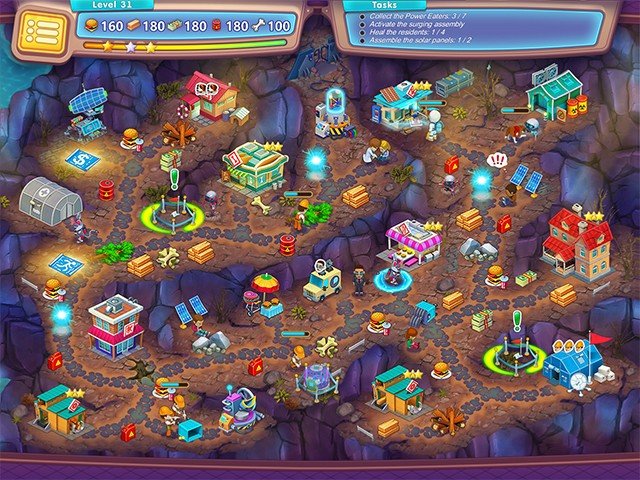 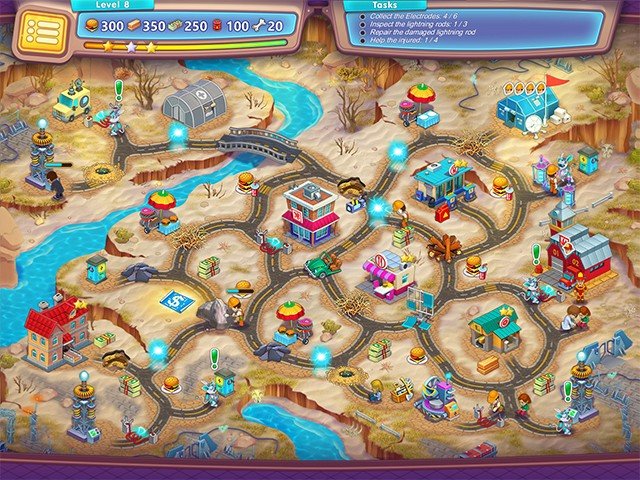 Embark on an electrifying adventure to save the world from a robotic menace!

The Rescue Team is on standby when it starts receiving reports of strange phenomenon taking place around the globe. At first, wacky weather patterns seem to the worst of the planet's worries, but then strange robotic creatures begin to emerge from oceans and caverns and spark catastrophic calamities!

Known as Power Eaters, the robot forces unleash unimaginable power surges wherever they appear! As the leader of the Rescue Team, you will use your courageous crew to investigate their origin and shut them down before they turn Earth into a huge ball of lightning!

As you tackle this exhilarating quest, you'll plan out the best path through each level and the race to gather resources, repair damage, save victims and defeat an variety of bizarre robots.

Can you find a way to reprogram the machines and use them for good? Will you be able to locate the devious mind behind their appearance? And can you grill enough hamburgers to keep your crew happy?

It's all in a day's work as you command the Rescue Team through another epic escapade! Download and play Rescue Team: Power Eaters today!

Fable of Dwarfs
Help those who need it most!

Sky High Farm
Get your green thumbs out and start planting!

Chicken Invaders 5: Cluck of the Dark Side. Halloween Edition
This Halloween night might last forever.